The European Society of Gastrointestinal Endoscopy – ESGE was officially established and received its name and statutes at the 7th A.S.N.E.M.G.E. (“Association des Société Nationales Européennes et Mediterranénnes de Gastroentérologie “) Congress, Brussels in 1964. However, to acknowledge the actual development of the society one needs to take a brief historic glance at the formation of those societies and congresses from which ESGE arose.

In 1954 the world society of gastroenterology was founded as a replacement for S.I.G.E. (“Societé Internationale de Gastroentérologie”), which had been a society of individual members. Also at the Paris conference in 1954 it was decided to hold a world congress of Gatstroenterology in Washington in 1958. This congress turned out to be extremely well visited and successful, and though no specific papers on endoscopy were presented, there were presentations on gastric photography and the gastrocamera: the keen interest in endoscopic topics was evident.

By the early 1960s endoscopy was playing an increasingly important role in meetings and as a result, at the A.S.N.E.M.G.E. Congress in Leiden in 1960 a symposium on varied endoscopy subjects took place, where a group of endoscopists got together and decided to establish a club that concentrated on promoting endoscopy. The “European Endoscopic Club” was founded by Adolf Wiebenga (Amsterdam), Edouard Jacobs (Brussels), Zdenek Maratka, Sacha Segal (Reims) and Sandu Stoichita (Bucarest). Only four years later, at the aforementioned congress in Brussels the members of the club convened with other interested endoscopists and together agreed to form the European Society of Gastrointestinal Endoscopy (ESGE). Charles Debray from France was the first president, joined on the governing board by three vice-presidents, a secretary, treasurer, editor and an honorary president.

Since this time ESGE has steadily grown stronger and increasingly more active. Numerous workshops, grant programmes, as well as the work of the education, guidelines and research committees, the development of an annual congress ESGE Days and the involvement in the United European Gastroenterology Week (UEG Week) succeed in fulfilling the first and foremost aim of the society: to promote quality in endoscopy

Login to Société de Chirurgie Gynécologique et Pelvienne - SCGP
Reset Password
Enter the username or e-mail you used in your profile. A password reset link will be sent to you by email.
wpDiscuz 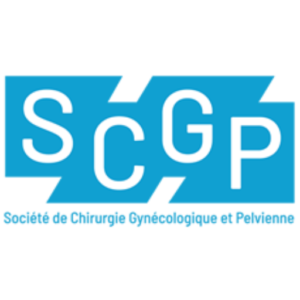